My passion for food started at a very young age. Experimenting with food was like yet another thing for me. After working in some of the best restaurants in the world, I started Dewintons with the intention to provide the classiest dishes to all type of events.

What Our Clients Say

A very big thank you to you & the team for your stellar effort at last night’s Millbank event. As always you delivered fabulous food & service.
Doyle M. Weldon

We are very pleased to have involved with you in this event, thank you for providing a fabulous service. We received numerous compliments on the outstanding lunch so please pass that on to your chef and staff.

We can’t say enough good things about your catering, how efficient your team were & how great the food was, most importantly, our customers commented on how good you were too.

The brand image and professional presentation of a catering company or restaurant are as important as the quality of the food. There’s no doubt that without the latter the former will cease to matter, but if you successfully present a professional brand image to your clients or customers, it will help you grow the business substantially.

The brand image of a catering company or restaurant is dependent on a number of factors. In the case of restaurants, the facade and signage play a very important role.

It needs to look inviting and provide a clue regarding the food and service on offer once the customer walks inside. The decor of the restaurant is very important as well. You might be able to entice customers in once by a well-designed facade and signage, but there won’t be any repeat visits if the ambience inside doesn’t impress.

Hospitality uniforms look great and are critical as well, besides the quality of the service itself. To begin with, the uniform should complete the circle started with the facade/signage and decor/ambience. There must be a synergy between the three. If your restaurant has a fun, youthful vibe, the staff uniform can be t-shirts or polo shirts, while in a fine dining restaurant, the staff uniform should be formal.

Catering companies don’t need to worry about signage and interior decor. Staff uniforms are a the key branding tool for catering companies. Make sure you have a at least 2-3 different uniforms to suit the different ambiences you’re likely to encounter at different client events.

While selecting uniforms, as part of a branding exercise, do not completely disregard comfort and quality as your staff members will be wearing the uniforms for several hours at a stretch – which will impact their energy and how they come across throughout the day.

This tropical cocktail is a mixture of 1 ounce of flavored coconut vodka and 3 ounces of Hypnotiq Harmonie. To finish this drink, add ice cubes in the glass and garnish the top of the glass with bits of freshly shredded coconut. 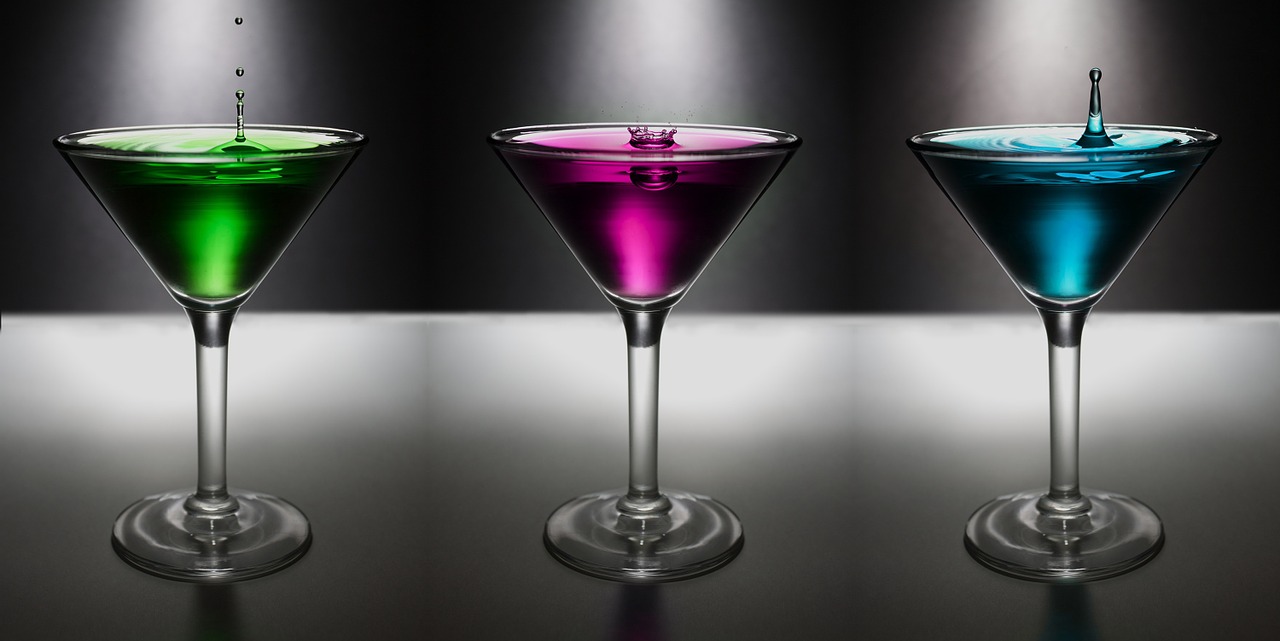 To formulate the basilica you need to mix a quarter of apple liqueur, half an ounce of peach liqueur, one and a half ounce of citron vodka, quarter of syrup, quarter of lemon juice along with a fresh strawberry and few basil leaves in a shaker and pour it in a glass topped with ice cubes. Recommended garnish is a slice of strawberry.

You need one and a half ounce of red velvet zing vodka along with two ounce of cream soda, two strawberries and a hint of lemon juice. Shake and mix all the essentials in a cocktail shaker except cream soda and then strain and pour it in a glass topped with ice. Then add the cream soda along with a final garnish of strawberry.

This drink is formed by blending one and a half ounce of raspberry vodka, half an ounce of elderflower liqueur, lemon juice and simple syrup respectively and a quarter ounce of water and garnish with few raspberries.

The famous cherry and coke can be easily made by using 2 ounces of Grand Marnier cherry coco-cola poured in a glass topped with ice and often garnished with a cherry and lemon.

You need 2 ounces of scotch whiskey with a single teaspoon of sugar, two slices of lime and three mint leaves. Then mix the mint leaves, lemon, and sugar in the shaker and strain it in a glass having whiskey topped with ice.

Add ingredients such as 2 ounces of Buffalo Trace bourbon with 1 ounce of honey syrup and a 3/4th ounce of lemon juice in a shaker and after shaking pour into a glass filled with ice.

To replicate the fountain of youth shake and mix 1 and a half ounce of Russian vodka with 2 ounces of pomegranate juice and a half once of very thinly sliced ginger coupled with ice cubes and pour into a glass.

Add 1and 3/4th ounce of Grey Goose vodka along with a 3/4th ounce of lemon sour, ½ ounce of agave nectar, three raspberries, two blackberries, a slice of jalapeno and a hint of soda in the cocktail shaker and mix it up. Then pour it into a glass topped with ice cubes.

To complete the island Margarita, you need 2 ounces of coconut sake, one ounce of silver tequila and half an ounce of Grand Marnier, agave nectar and lemon juice, respectively. Then add and shake all the ingredients in a shaker and strain into a glass.

It requires one, and a half ounce of Hennessy, one ounce of pineapple juice and cranberry juice respectively placed into a glass filled with ice and merely stirred.

Add 2 ounce of Beluga vodka with a quarter once of olive juice, three cherry tomatoes, a single basil leaf, a slice of garlic, sprinkled with salt and pepper and a slice of lemon in a shaker. After shaking, pour in a glass centered with ice.